As noted by Ernest Luning at the Colorado Springs Gazette, what we assume was a relic from the 2020 elections still lurking in the Colorado Republican Party’s A/V department has taken a turn for the ironic:

.@cologop says don’t read anything into the old Gardner for Senate graphic in the background of new CO GOP state chair @ColoradoKbb’s inaugural video update, dismissing out of hand any speculation @CoryGardner is a potential @MichaelBennet challenger in ‘22 #cosen race. pic.twitter.com/LYSbDjfDVL

For emphasis, this does not repeat not mean freshly defeated Sen. Cory Gardner is planning to run again against incumbent Sen. Michael Bennet, and in addition to being a political suicide mission everyone can agree this would be an odd way to announce it. Gardner’s campaign logo came up mistakenly on the television located behind newly elected GOP chair Kristi Burton Brown in her inaugural video update to the party faithful because their 2020 content hadn’t been cleared off yet.

Unfortunately that does mean instead of a hopeful glimpse at the future, this inaugural update video turned into more of a sad look back at the Colorado GOP’s past. Gardner’s narrow election victory in 2014, after all, was the last significant statewide win for Republicans in Colorado up to the present day–contrasted against today’s Democratic majority of the state’s congressional delegation, both U.S. Senate seats, and every statewide office except for one CU Regent at-large seat held by Democrats.

With all of this in mind, it makes sense that when you make a mistake like this, the internet can be most unforgiving in response! Thus one mistaken image from a losing campaign flashed on screen becomes a grand tour: Great Moments in Republican History. 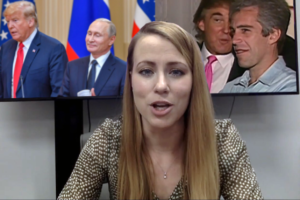 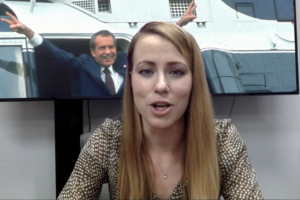 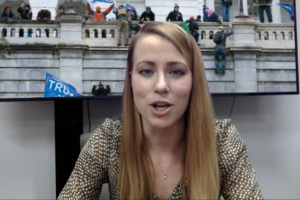 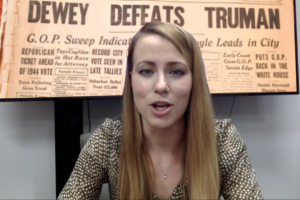 The moral of the story: if you don’t want to become a meme, don’t hand us the content on a plate.